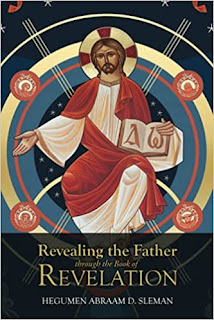 The meaning of the word “Ephesus” is “desirable” or “darling,” it is the word that a Greek bridegroom would use for the girl he desired to marry.[1] The NIV uses the word “darling,” while the NKJV uses “fair” as an adjective to describe the bride in the Song of Songs. Every believer is desirable to the Father, in Christ, for we are His bride. Ironically, the angel that is called “desirable” or “darling” has left his “first love” (Rev. 2:4).
The contents of this first letter form the pattern for the other six. It contains five main features: the correspondent, the commendation, the concern, the command, and the counsel.

2:1 “To the angel of the church of Ephesus write, ‘These things says He who holds the seven stars in His right hand, who walks in the midst of the seven golden lampstands:
Quoting from the vision of “the One like the Son of Man” (Rev. 1:13,16), the Lord Jesus Christ described Himself to the angel in Ephesus. He “holds the seven stars in His right hand, who walks in the midst of the seven golden lampstands” (Rev. 2:1).
“The seven stars” represent the angels, the elders, or the priests of the seven churches. The “seven lampstands” are the seven churches (Rev. 1:20).
Christ holds the angels of the churches in His right hand, as they are His ministers and under His power and authority. Christ is their Hight Priest for the things that pertain to God.
The imagery of Christ walking amid the lampstands has its roots in the Old Testament. In the tabernacle, Aaron, the High Priest, was to tend the lamps on the gold lampstand before the Lord God from evening until morning, continually (Lev. 24:3–4). This ordinance required continuously checking the flaxes and the oil in the lamps.
In Ezekiel, the Lord God promised His people that He would “establish one shepherd over them.” The anticipated shepherd would be Christ, and He would “feed them and be their shepherd.” The Lord God [Yahweh] would be their God, and His shepherd [Christ] would rule among them as a prince (Ezek. 34:23-24). Micah also said that Christ would be the Good Shepherd, who would stand, shepherd, and guide His flock in the strength of the name of God (Mic. 5:4).
As the High Priest of the New Covenant, Christ is the elect and beloved servant of God, in whom God put His Spirit. He would not quench smoking flax until He brings forth justice for truth, for victory (Isa. 42:1–3; Matt. 12:20).
Christ presents a beautiful revelation of the Father’s pastoral care by caring for the churches and their elders (the priests). He is the Good Shepherd who walks among His flock to tend them (John 10:11–14).

2:2 “I know your works, your labor, your patience, and that you cannot bear those who are evil. And you have tested those who say they are apostles and are not, and have found them liars;
Before rebuking the church’s angel for his failings, the Lord Jesus Christ commended him for what he was doing right. He began by acknowledging his works, saying, “I know your works,” which is a general statement summarizing all that follows. Specifically, the Lord Jesus Christ commended him for his “labor” and “patience.”
Also, the church’s angel in Ephesus refused to tolerate “those who are evil” (Rev. 2:2). He held to a high, holy standard of behavior and was sensitive to sin. Earlier, Paul commanded the Ephesians not to “give the devil an opportunity” (Eph. 4:27).
The angel of the church at Ephesus “put to the test those who call themselves apostles, and they are not, and … found them to be false” (Rev. 2:2). He never forgot the admonition Paul had addressed to their leaders many years earlier (Acts 20:28–31).
2:3 and you have persevered and have patience, and have labored for My name’s sake and have not become weary.
The sentence, “you have persevered and have patience” (Rev. 2:3), means “You endured suffering without complaining.” This commendation indicates that, despite his difficult circumstances, the angel of the Ephesian church remained faithful. He “preserved,” had “patience,” and had “labored” for the sake of Christ's name.
The statement “I know your works” expresses Christ’s divine knowledge. Because of the Father’s special relationship with His Son, He has anointed the Lord Jesus Christ, in His flesh, with “the Spirit of Knowledge” (Isa. 11:2). Christ knows everything about the church, good, and evil (Rev. 2:9,13,19; 3:1,8,15). Such divine knowledge is also evident in each letter to the seven churches, as Christ condemns and commends the angels of these churches.
The knowledge of Christ is a vivid manifestation of the omniscience of God; He knows everything. The Lord God is acquainted with all our ways, knowing our words even before they are on our tongues (Ps. 139:1–6, 13–16).

2:4 Nevertheless I have this against you, that you have left your first love.
The Lord Jesus Christ knew all about the angel of the church in Ephesus. He commended him for working for the kingdom, persevering, being intolerant of sin, examining ministers’ claims, and enduring trials bravely. Doing all this without having “the first love” weakens his power and witness to God and His Christ.
Your First Love
Despite all the praiseworthy things this angel had done, the Lord Jesus Christ spotted a fatal flaw. He told him, “Nevertheless I have this against you, that you have left your first love” (Rev. 2:4). Though he maintained the doctrine, his service had degenerated into a routine, and his love had cooled.
The Greek phrase “τὴν ἀγάπην σου τὴν πρώτην” means “your foremost love,” “your best love,” “your paramount love,” “your supreme love,” “your crowning love,” or “your number one love.” Using this word, the Lord Jesus Christ referred to the exclusive love that should be the first love in our hearts above all else. The first love includes his love for God, love for each other, and love for the lost. It is love defined as obedience to the Father’s commandments (2 John 1:6).
The love, which Christ demands, is the first commandment: “You shall love the Lord your God with all your heart, with all your soul, and with all your strength” and “you shall love your neighbor as yourself” (Deut. 6:5; Lev. 19:18, Luke 10:27).

2:5 Remember therefore from where you have fallen; repent and do the first works, or else I will come to you quickly and remove your lampstand from its place — unless you repent.
The angel of the church needed to “remember” from where he had fallen, “repent,” and “do the first works.” The Greek word for “repent” is “μετανόησον” and means more than simply changing one’s mind. It means “to take another mind,” that is, “the mind of Christ” (1 Cor. 2:16),[2] of loving God and our neighbors, as the Lord Jesus Christ demonstrated while being in His flesh (John 14:31).
The angel needed to repent because of failing to love with all of one’s heart, soul, mind, and strength (Matt. 22:36–38). The Lord Jesus Christ warned the angel that He would come to him quickly and remove his church from its place if he did not repent (Rev. 2:5).
Finally, the angel needed to demonstrate the genuineness of his repentance and do the things he did when he first believed in the Lord Jesus Christ. He needed to recapture the richness of studying the Bible, devotion to prayer, and passion for worship that had once characterized him.

2:7 “He who has an ear, let him hear what the Spirit says to the churches. To him who overcomes I will give to eat from the tree of life, which is in the midst of the Paradise of God.”
“The Paradise of God” is a reference to the kingdom of God. “The tree of life,” mentioned in (Gen. 2:9), is a reference to the eternal life that was with the Father and revealed to us in the Lord Jesus Christ (1 John 1:2). We overcome and have eternal life through faith in Christ (Luke 17:21; 2 Cor. 12:4). The example of the church’s angel in Ephesus warns that outward ritual services without genuine love do not please God. Therefore, believers must carefully heed Solomon’s counsel: “Watch over your heart with all diligence, for from it flow the springs of life” (Proverbs 4:23). Those who have left their first love would do well to heed this exhortation

Excerpt from: Revealing the Father through the Book of Revelation, by Hegumen Abraam Sleman